Tricia was born in upstate New York on a 72 acre farm, a small village called Evangola or Angola on the Lake, near Lake Erie.

She moved to San Jose, California as a teen at 14 with her mother after her parents divorced. The world of music and concerts opened her heart and mind to goals and dreams of writing songs that took most of her life to reach. By the age of 18 Tricia lost both her parents that left emotional wounds that only books she read could help her understand. Coming from a family with 4 other siblings, who all have wonderful talent as songwriters and singers also with broken  hearts were divided by unseen circumstances while overcoming the loss of their parents at a young age.

Through the years, marriage and divorces, the loss of her only son, Jamie James, her music is her way to heal and be victorious as she shares the love she feels expressed in the lyrics she writes.

She began her music career in 2003 with her
first album, "No Fear in Love"

On both emotional and spiritual levels,
Tricia performs her music on many songs expressing
her thoughts and feelings about love, loss and hope to comfort and
inspire others through their journey through life.

Her second album, "In the Spirit of Love
sums up Tricia’s journey as her lyrics poetically
express her deepest feelings of victory over circumstances.


“My two edged sword pierced every lie, made shadows disappear.” and “Through the valley of sorrow and pain, my sorrow turned to peace.”

Tricia performed in Denver, Colorado for ICVM, an International annual film maker’s conference where Los Angeles composer Jonathon Neal, after listening to her play, shook her hand and said, "Tricia, get out there and perform. Bart Gavigan, writer-film-maker-director asked Tricia to perform before his keynote speech giving her the chance to be heard in front of over 200 film industry execs.
Over the years, having performed at various venues throughout the San Francisco Bay Area. She performed at the Henderson Pavilion in Henderson Nevada  for a benefit concert for an International suicide prevention organization - www.supportisp.org

Tricia’s first audition and performance in 2001 was for a concert with seasoned professional songwriters taking place after a national songwriting seminar hosted by, Lewis Greer, Ceo and founder of Do Good Music.com. Tricia and Lewis co-wrote a song, Lewis wrote the lyrics and Tricia wrote the music for "You and I" on her new album, "In the Spirit of Love". 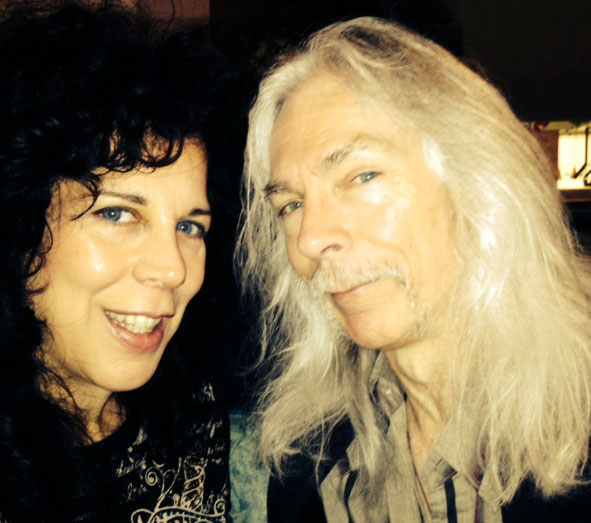 Soul Harmony, a duet born to be a hit where all ages turn up the volume was released today by award winning singer songwriter, Tricia Greenwood and seasoned producer, composer and musician Stephen Sea. Sea is also the founder of Broadcast Media Tracks LLC.

The song came into existence from a car ride out to lunch with Greenwoods’ friend Michelle Walters explaining that her husband Brandon takes the long way around when missing a cue using a GPS for directions. Greenwood said, “I was inspired with lyrics later that night as I strummed on my guitar singing the line, “I don’t care if you take the long way around, you’ve got the best love I’ve ever found.”

“Working with Tricia affords me the opportunity of crafting productions that feature a rich vocal element that I recognized the first time I heard her sing, said Sea. I’m looking forward to working more with her in the future.

“Stephen Sea is an amazing musician and his voice and passion for music is contagious,” said Greenwood. “He’s producing my next album and film score for my documentary to inspire others to take risks and make the desires of their heart a reality, because even for baby boomers it’s never too late. “

Stephen Sea’s previous CD release, “Truth to the Rumor” was on the charts for more than two years on over 500 commercial radio stations with his composition, “Paramour de Andrea” remaining on playlists today as a classic. Sea has been serving the commercial broadcast industry with music for film, television, radio and multimedia for 20+ years including: Film Score, Underscore, Sound Design: Buena Vista / Disney, New World Pictures, Universal Films, MGM, 20th Century Fox, Sony Pictures and more. Between working with artists in several genres, creating complete rhythm sections and orchestra parts where needed to define their unique voice and style of music to showcase their talent, He’s currently recording a self titled album due to be released in May 2015.

Greenwood grew up in a musical family and has earned her reputation as a songwriter with, “In Heaven 9.11,” “Baby, You’re My Valentine” and blues song, “Wanna Feel Your Love” winning awards since beginning her music career in 2003, now with three albums to her credit and a few singles, “Soul Harmony” is her first duet.

“Soul Harmony” is available for download at heartspeakmusic.com, iTunes, Amazon and Shazam. 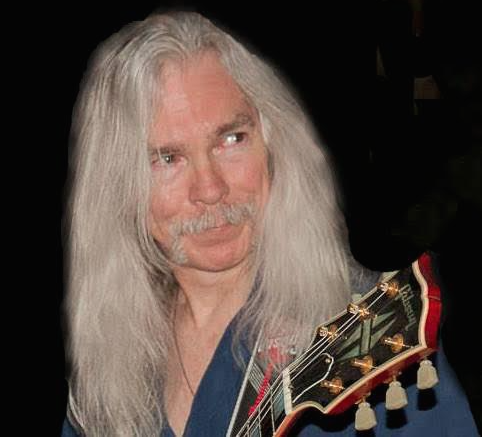 Tricia and Stephen also recorded a remake of “Keep Me Hangin On” for David Scudder’s Explosion album, “Cover to Cover”  a bay area bass player who brought 12 musicians together to make a great album of classic hits.

What’s next for Tricia is she is working on new music to be released on her upcoming documentary – “Shout of Faith” that includes an on film interview with Paul Zollo, author of “Songwriters on Songwriting” who has interviewed many including, Bob Dylan, Leonard Cohen, Madonna and RIngo Starr….


info on songs and albums-


Tricia's albums to date include:
"No Fear in Love"
Her first album, mostly a solo album twith guitar and vocals that includes her award winning song, “In Heaven 9.11” and an original by her producer for that album, Matt Pinson called, Frozen Time” available to hear on iTunes.

"In the Spirit of Love"
Tricia’s song "I’m Coming Home"
With MaryEllen Duell of the Garage Band, singing with Tricia on “I’m Coming Home and  Harold Martin on Bass guitar, Erik Johnsgard on keyboards, ” Loren Rendler on drums along with Aaron Madsen on lead guitar who was also the engineer and co-producer at Madhouse studio.

"Eclectic Emotions" EP
Recorded live at Madhouse Studio with Aaron Madsen, and award winning blues song, “Wanna Feel Your Love”.
Tricia recorded the classic song, “Fever” with Bob Gonzales, the bass player from the band, “The Syndicate of Sound”, with whom he was also a founding member with their smash hit; “Little Girl."


"Another Day in Paradise" and "Shine"
was recorded with Executive Producer/Guitarist, David Hearst of Timberwolf Tracks in Redwood City, California, who trained with Joe Satriani; Stephen Rosenthal, Co-Producer/Drummer; Greg Smith on Bass; and LeeLee Stone on Harmony Vocals.
Later, Stephen Sea added his guitar and production magic to the songs, now on "Under the Radar" album to be released in 2020


"Too Good"
Robert Berry played all the instruments on the recording at Soundtek for her song for a music video for teen girls titled, “Too Good”


"Baby, You're My Valentine"
An award winning song where Tricia enlisted her friend, Dan Nieckarz, a jazz guitarist on lead guitar, Vinson Hudson on bass and drums, Greenwood says, “After recording the main tracks of the song with Vinson, I got together with Russell Bond from the Music Annex in Menlo Park, CA. Russell is the guy in the music business with golden ears and he said all this song needs is harmony vocals and and Leelee Stone came in to sing on harmony vocals.

A classic favorite, Tricia and her sister, Francine Privitera covered the song in a duet style with a video Tricia created with stock footage and video filmed of the two of them singing behind a Santa Claus Display at Westfield Mall in San Jose CA, ​ from an iPad that is one to be remembered with a touch of comedy!
​Here is the Video! Enjoy... no matter what the season. 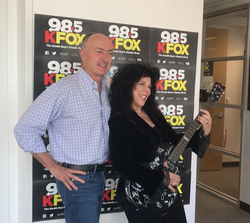 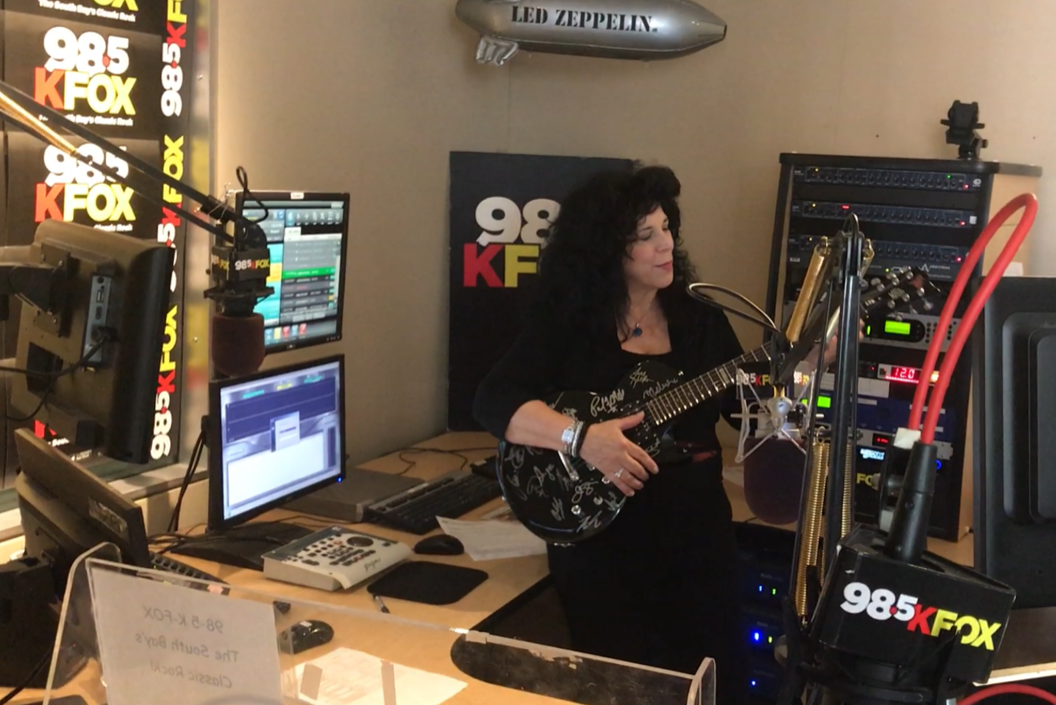 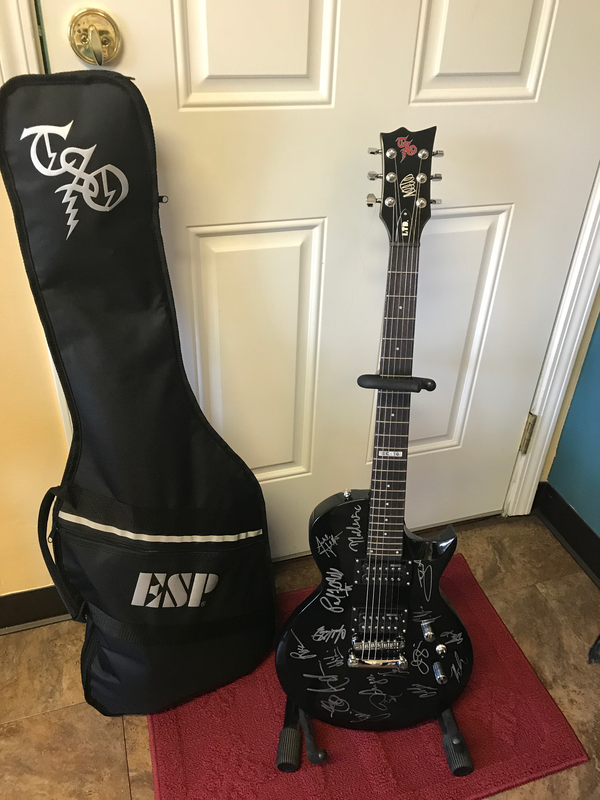 Love It! Thank You KFOX